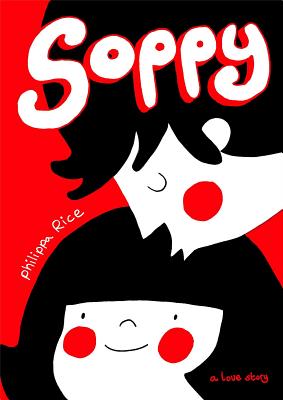 "The next hot ticket could be British artist Philippa Rice, whose marvelously inventive blogs My Cardboard Life and Soppy have won her fans across the world."
--Anna Baddeley, The Observer

The wildly popular web comic SOPPY--with more than half a million notes on Tumblr--is the illustrated love story of author Philippa Rice and her real-life boyfriend. True love isn't always about the big romantic gestures. Sometimes it's about sympathizing with someone whose tea has gone cold or reading together and sharing a quilt. When two people move in together, it soon becomes apparent that the little things mean an awful lot. The throwaway moments in life become meaningful when you spend them in the company of someone you love.

SOPPY is Philippa Rice's collection of comics and illustrations based on real-life moments with her boyfriend. From grocery shopping to silly arguments and snuggling in front of the television, SOPPY captures the universal experience of sharing a life together, and celebrates the beauty of finding romance all around us.

Praise For Soppy: A Love Story…

Philippa Rice is a multi-talented artist who creates simple but beautiful comics about the everyday joys of living with someone you love. (Julija Neje, Bored Panda)

Philippa Rice is the #1 New York Times bestselling author of Soppy. She is an artist who works in a number of different mediums including comics, illustration, animation, model making and crochet. Her other works include the collage-based webcomic My Cardboard Life and her stop-motion animated characters.

Philippa grew up in London and now she lives in Nottingham with illustrator Luke Pearson and their adorable daughter.
Loading...
or support indie stores by buying on