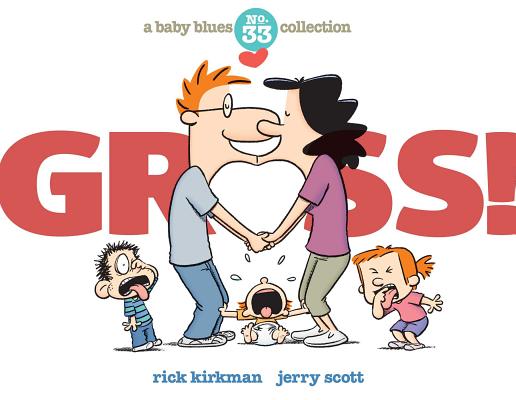 Before there was Go the F**k to Sleep, there was Baby Blues, the tell-it-like-it-is comic strip that reveals the hilarious truth about parenting and living through it!

For more than 25 years, the MacPherson family has brought the joy, humor, and poignancy of raising three children to funny pages worldwide in the popular comic strip, Baby Blues. Gross! reveals the sticky underbelly of parenting, shining a comedic light on everything from dealing with picky eaters to too much screen time. From gargantuan messes to legendary sibling disputes, readers will love following along as the MacPhersons--Darryl, Wanda, and children Zoe, Hammie, and Wren--overcome many of life's hurdles.

Gross! offers a perceptive glimpse into the lives of modern parents, complemented by witty and informative commentary from the co-creators themselves. This collection will appeal to anyone who has kids or who remembers what it was like to be one.