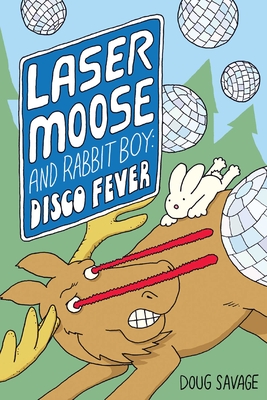 Laser Moose and Rabbit Boy face a familiar foe, a terrifying new enemy, and the frightening possibility that lasers can’t solve everything in their biggest and most dangerous adventure yet.

An accident (involving a pine cone, a fish, and a truck delivering disco supplies) triggers a series of events that leads to the ultimate confrontation between Laser Moose and his nemesis Cyborgupine. And it’s a fight that Laser Moose can’t win with lasers. Especially when faced with a malevolent new enemy: a cute little chickadee.

Doug Savage is the creator of the popular comic Savage Chickens, which he has been drawing and posting online every weekday since 2005. Born in rural Ontario and raised by a pack of wild piano teachers, Doug lives in Vancouver with his partner, Janet, and their two cats, Watson and Crumble.
Loading...
or support indie stores by buying on