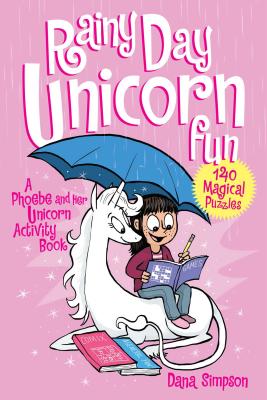 A Phoebe and Her Unicorn Activity Book

What to do, when there's nothing to do? The answer to that on a rainy day, or any other day, is to join Phoebe and Her Unicorn for a splendiforous variety of challenging puzzles to pass the time away.

Phoebe and her unicorn, Marigold Heavenly Nostrils, present hours of challenging crossword, wordsearch, and sudoku puzzles, along with mazes and word games.