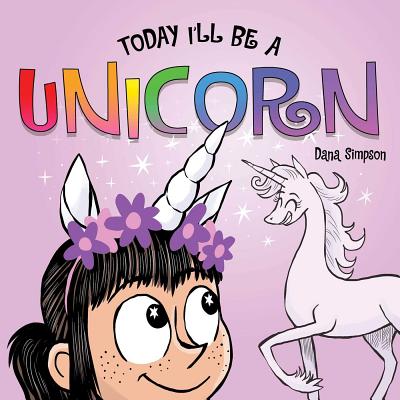 Today I'll Be a Unicorn (Phoebe and Her Unicorn)

Who wouldn't want to be a unicorn?

In this charming, super-sparkly board book, the stars of Phoebe and Her Unicorn celebrate the magical and enchanting world of being a unicorn, along with reminding young readers that being yourself is pretty great, too.

Who wouldn’t want to be a unicorn? You get to trot majestically through meadows, perch high up on rainbows, and wear tiaras made of starlight. Phoebe lists all the wonderful things she’ll get to do and can hardly contain her excitement about having a tail and magic horn. That is, until she learns that unicorns like to eat hay instead of pizza. Maybe she’ll be a unicorn tomorrow instead!