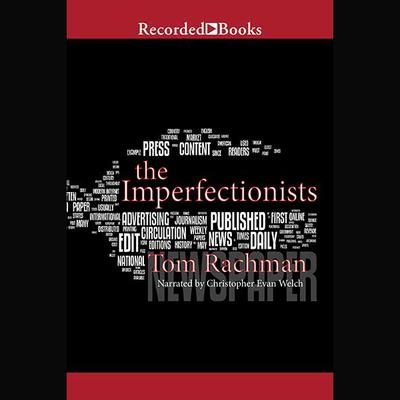 Set against the gorgeous backdrop of Rome, Tom Rachman's wry, vibrant debut follows the topsy-turvy private lives of the reporters, editors, and executives of an international English-language newspaper as they struggle to keep it-and themselves-afloat. Many changes have ensued since an enigmatic millionaire founded the paper 50 years ago, and now the staff's personal dramas seem more important than the headlines. Kathleen, the imperious editor in chief, is smarting from a betrayal in her open marriage. Arthur, the lazy obituary writer, is transformed by a personal tragedy. Abby, the embattled financial officer, discovers that her job cuts and her love life are intertwined in a most unexpected way. And in the shadows is the isolated young publisher who pays more attention to his prized basset hound, Schopenhauer, than to the fate of his family's quirky newspaper. As the era of print news gives way to the Internet age and this imperfect crew stumbles toward an uncertain future, the paper's rich history is revealed, including the surprising truth about its founder's intentions. Spirited, moving, and highly original, The Imperfectionists will establish Tom Rachman as one of our most perceptive, assured literary talents.
Loading...