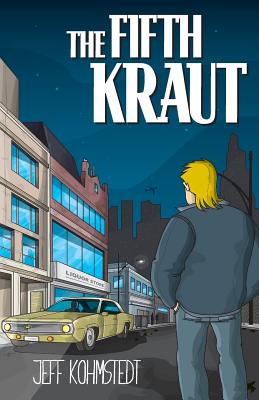 It's 1990 in suburban Chicago, and four high school "Krauts" enter their senior year. A new neighbor named Wally Black, an unstable, aloof, and misunderstood youth, finds his way into this circle of friends and changes the Krauts' last year together in unforeseen ways. When Wally is christened the "Fifth Kraut," a rift forms between these once inseparable German-American teenagers who begin living separate lives. The Krauts are suburban white kids living a life of youthful ignorance with none of life's consequences. That is until one of them hatches a scheme to build a drug empire in little Elk Grove Village. Nine months later, one of them is dead. The Fifth Kraut has received Honorable Mention at the 2012 New York, the 2012 San Francisco, the 2012 Southern California, the 2012 New England Book, and the 2013 Great Midwest Book Festivals.

Jeff Kohmstedt was born and raised in the northwest suburbs of Chicago. A graduate of Eastern Illinois University in Charleston, he currently lives in Champaign, Illinois.
or
Buy Here
Copyright © 2020 American Booksellers Association