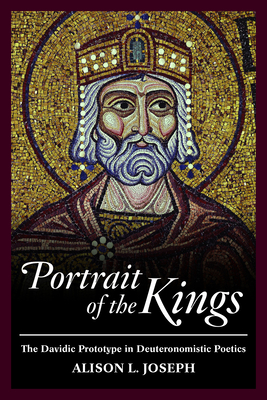 Portrait of the Kings

The Davidic Prototype in Deuteronomistic Poetics

Much of the scholarship on the book of Kings has focused on questions of the historicity of the events described. Alison L. Joseph turns her attention instead to the literary characterization of Israels kings. By examining the narrative techniques used in the Deuteronomistic History to portray Israels kings, Joseph shows that the Deuteronomist in the days of the Josianic Reform constructed David as a model of adherence to the covenant, and Jeroboam, conversely, as the ideal opposite of David. The redactor further characterized other kings along one or the other of these two models.

The resulting narrative functions didactically, as if instructing kings and the people of Judah regarding the consequences of disobedience. Attention to characterization through prototype also allows Joseph to identify differences between pre-exilic and exilic redactions in the Deuteronomistic History, bolstering and also revising the view advanced by Frank Moore Cross. The result is a deepened understanding of the worldview and theology of the Deuteronomistic Historians.