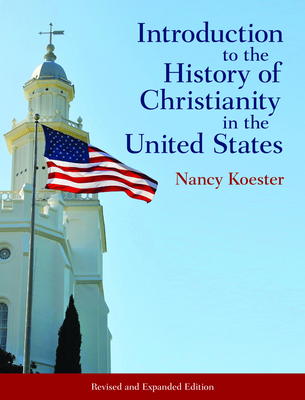 Introduction to the History of Christianity in the United States

The history of Christianity in the United States is a fascinating and lively story. In this revised and expanded account, Nancy Koester introduces students to the major events and movements that influenced the tradition.

This comprehensive and highly accessible overview of Christian history in the United States, from colonial times to the present, is informed by both classical and recent scholarship and is written for the nonspecialist. Four key insights frame the book: Christianity in America is chiefly a story of popular movements, is influenced by conflict and engagement with modern ideas, directly affects public life, and expresses its identity and seeks its mission in a pluralistic culture.

Unlike many histories, Koester offers ample coverage of Protestant, Evangelical, and Roman Catholic developments, and the ecumenical focus is further strengthened in this newest edition.