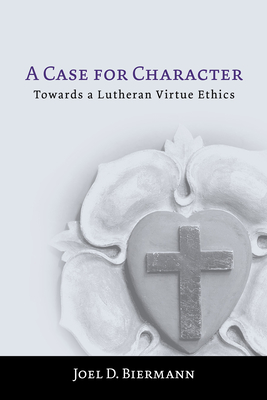 A Case for Character

Towards a Lutheran Virtue Ethics

Over the last several decades, perceptive observers of Western civilization have documented what virtually everyone has perceived: as the old foundations of society have toppled, morality and personal character have been set adrift and often vanished altogether. How can character be cultivated when it seems no one is willing or able to provide a definitive description of character to which humans should aspire?While the reasons for this are many and complicated, one of the more potent singular factors is actually theological, says Biermann. Contemporary Lutheranism, in particular, has struggled with the appropriate place of morality and character formation, as these pursuits often have been perceived as being at odds with the central Christian doctrine of justification.

A Case for Character explores this problem and argues that Christian doctrine, specifically as articulated within a Lutheran framework, is altogether capable of encouraging a robust pursuit of character formation while maintaining a faithful expression of justification by grace alone through faith alone.