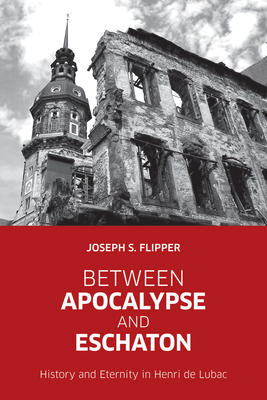 Between Apocalypse and Eschaton

Between Apocalypse and Eschaton examines the systematic theology of Henri de Lubac, SJ, one of the most significant Catholic theologians of the twentieth century. While much of the recent work on de Lubac centers on the controversies surrounding his theology of the supernatural, Between Apocalypse and Eschaton argues that eschatology is the key to de Lubacs theological project and critical to understanding the nouvelle thologie, the group of theologians with whom de Lubac was associated. At the time, intra-Catholic controversies arose around the nouvelle thologie as part of a broader anxiety over the loss of the eternal in twentieth-century Europe. The German occupation of France in World War II was the backdrop for a renewed apocalyptic and eschatological thinking among French Catholics.

The nouvelle thologie generated a debate over the meaning of the end that was critical to understanding the theological, spiritual, and political fissures in the postwar period. After World War II, de Lubacs writings increasingly focused on the theology of history and eschatology. The present work returns focus to this often neglected aspect of de Lubacs work.