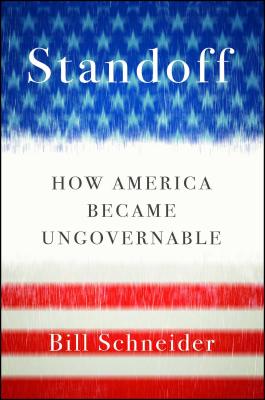 In the 1960s, a rift developed between the Old America and the New America that resulted in a populist backlash that ultimately elected Donald Trump in 2016. Bill Schneider describes today’s American populism in Standoff as one that is economically progressive and culturally conservative. Liberals are attacked as cultural elitists (“limousine liberals”), and conservatives as economic elitists (“country club conservatives”). Trump, says Schneider, is the complete populist package. He embraces social populism (anti-immigrant), economic populism (anti-free trade), and isolationism (“America First”).

Standoff examines a number of hard-fought elections to show us how we got to Trump. He asserts the power of public opinion. He points to the public that draws the line on abortion and affirmative action. He shows why an intense minority cancels a majority on gun control, immigration, small government, and international interests. Standoff tells us why fifty years of presidential contests have often been confounding. It takes us inside to watch how and why Americans pull the lever, how they choose their issues, and select their leaders. It is usually values that trump economics.

Required reading for an understanding of the 2016 election and the political future, Schneider’s “fast-paced” (Publishers Weekly) Standoff shows how Americans vote and why their votes sometimes seem to make no practical sense.

Bill Schneider, a leading US political analyst, is a professor at the Schar School of Policy and Government at George Mason University. He has been a visiting professor at UCLA, Brandeis University, and Boston College. He is the author of Standoff and coauthor, with Seymour Martin Lipset, of The Confidence Gap. He has written for the Los Angeles Times, The New Republic, The Atlantic Monthly, The Washington Post, Politico, Reuters, and National Journal. He was CNN’s senior political analyst from 1990 to 2009.
Loading...
or support indie stores by buying on