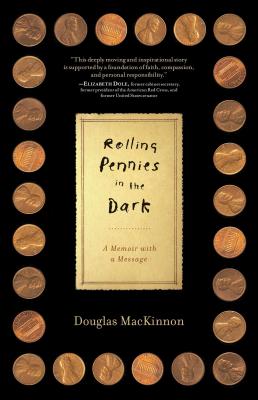 Rolling Pennies in the Dark

A Memoir with a Message

A heartbreaking and inspirational memoir of one man's journey from abject childhood poverty and abuse to a high-level career as a White House writer. This very personal memoir is both heartbreaking and highly inspirational. In it, Douglas MacKinnon weaves his astounding story as a desperately poor child and his triumphant transition from abject squalor to White House writer who now has the political influence to change the system--especially as it affects children. With humor, compassion, faith, and brutal honesty, Douglas MacKinnon writes eloquently of the pain of being unloved and neglected, and of his victorious struggle to overcome his past. But this book is more than the story of one man's personal journey; it is a memoir with a message. Through this message, the author not only inspires readers to move beyond their own difficulties, he also calls both political parties to task for their shameful neglect of tens of millions of Americans. You'll be riveted to the story, moved to compassion, and inspired to see the world through new eyes.

Praise For Rolling Pennies in the Dark: A Memoir with a Message…

"This deeply moving and inspirational story is supported by a foundation of faith, compassion, and personal responsibility."

"The male version of The Glass Castle. Harrowing, shocking, and relevant to everyone."

"MacKinnon has walked the walk when called upon and his real-life experience makes for a compelling book that will speak to countless people going through tough times."