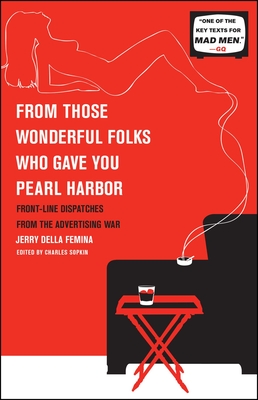 Vividly reminiscent of the goings-on at Sterling Cooper—the late nights, the three-martini lunches, the sex on couches, and, of course, the actual work of plugging products—this is the story of what Madison Avenue was really like in the ’60s. A worldwide bestseller when first published in 1970, this frank, irreverent, and hilarious memoir is a one-of-a-kind cult classic.

“When there was some debate about whether something was accurate or not, Jerry said 'You're not even close. It was so much worse than what you're seeing on the show.'"

“Reads like the transcript of a tape made at a bar or cocktail party with the recorder propped up next to the raconteur at the center of the crowd.” –Salon

“The 'Mad Men' of this book were not mad at all. They were clever and articulate proponents of the American Dream. The book evokes a long-lost era of American self-confidence and optimism, and helps explain how America became a cultural icon.”