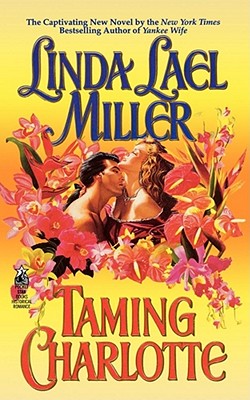 From bestselling author Linda Lael Miller comes the story of a firebrand heroine and a dashing sea captain—an engaging couple that is fiery and tempestuous, but captive to an unspoken mutual desire.

Kidnapped and confined in a harem—that’s not the scenario Charlotte Quade envisioned when she prayed for just one grand adventure before sailing home to Washington Territory from Europe. While exploring the ancient, exotic island kingdom of Riz, Charlotte foolishly lost her way. In a dizzying moment, she was snatched, bound up in a sack and unceremoniously dumped... more—completely naked!—in the ship’s cabin of the very same man who had caught her fancy as a young girl in Seattle: Captain Patrick Trevarran.

But Charlotte’s dream lover turned out to be no gentleman! He had once gallantly fetched her, as a mischievous teenager, from the riggings of his ship, but now he appraised her with exasperation and quickly packed her off to the harem of a sultan friend. When they were reunited—as much by mercy as by fate—it was clear that Patrick wished merely to tease and trifle with this pretty, rebellious American. But, through their adventure, Charlotte had discovered a provocative man torn between recklessness and devotion, between storm and calm. Now, with all the strength and passion she possessed, Charlotte would chart a course that would sweep them at last to their destiny—a glorious and resounding love.