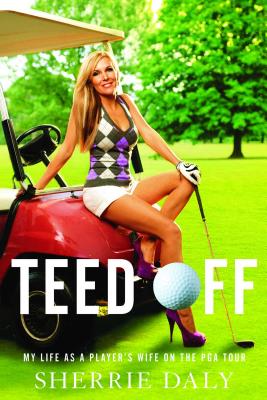 My Life as a Player's Wife on the PGA Tour

Sherrie Daly, the former wife of PGA tour superstar John Daly, takes a swing at the controversial man called “Wild Thing” in this jaw-dropping memoir about what really goes on behind the scenes of professional golf.

In this explosive tell-all, Sherrie Daly goes beyond the polite clapping, collared shirts, and hushed voices and exposes the darker side of the golf world: the groupies, party-crazed athletes, and blatant infidelity. After being married to player (in all senses of the word) John Daly for nine years, Sherrie knows this better than anyone.

It’s no secret that John, one of the PGA tour’s most popular stars, was known for his erratic behavior and on-the-edge lifestyle as much as for his powerful, grip-it-and-rip-it style on the green. But Sherrie goes beyond the public persona to dish on John’s out-of-control antics throughout their marriage, many of which she helped cover up to protect his career, and his self-destructive addictions to whiskey, sex, and gambling, which led him to lose one of his biggest purses ever—nearly one million dollars—in an hour. She writes candidly about the physical and emotional abuse she endured and why she continued to play the role of golf wife despite the trashed hotel rooms, wrecked homes, and demolished cars. Then she turns the tables on herself, sharing the truth behind her catfights with his girlfriends, her legal troubles, and especially the night John alleged she attacked him with a steak knife.

After years in the exclusive players’ wives club, Sherrie Daly is Teed Off and ready to rip the game’s well-groomed facade to shreds.

Sherrie Daly is the fourth ex-wife of professional golfer John Daly. She lives with her children in Memphis, Tennessee.
or support indie stores by buying on
Copyright © 2020 American Booksellers Association