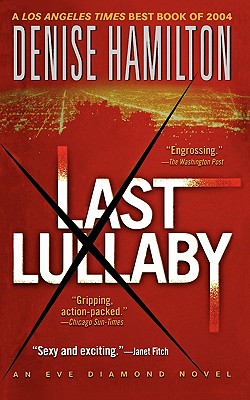 “Nobody can do multicultural Los Angeles better than Denise Hamilton.” —The Denver Post

Now, the Edgar Award­–nominated author sends reporter Eve Diamond on a suspense-charged investigation of the deadly criminal element in the city as colorful and unpredictable as Eve herself.

Shadowing a customs official for a story, Eve is a witness when gunfire erupts at LAX. A beautiful Asian woman is killed, and her little girl is swept away by the INS. Eve suspects the toddler is being used by smugglers who trade in human lives. With the return of her ex-lover, Eve has everything to lose as she races to protect the child from ruthless armed men -- and may find herself caught in their sights.

Denise Hamilton is a writer-journalist whose work has appeared in the Los Angeles Times, Cosmopolitan, and The New York Times and is the author of five acclaimed Eve Diamond crime novels, Prisoner of Memory, Savage Garden, Last Lullaby, Sugar Skull, and The Jasmine Trade, all of which have been Los Angeles Times bestsellers. She is also the editor of and a contributor to the short story anthology Los Angeles Noir, winner of the Southern California Independent Booksellers Association Award for Best Mystery of 2007. She lives in Los Angeles with her husband and two young children. Visit her at www.denisehamilton.com.
Loading...
or support indie stores by buying on