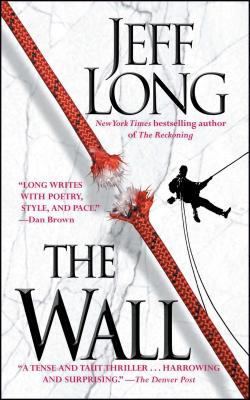 A half mile up the sunlit walls of Yosemite, a rope breaks, a young woman plunges to her death, and the rescue from hell begins.

Thirty-five years ago, Hugh Glass found glory on El Cap, and met the woman he would marry and lose. Now he's back to climb the wall again, and make a fresh start. But when disaster strikes a team of women high above, Hugh finds himself drawn into a dead vertical race against time. Plagued by fire, ice, and old demons, he reaches the wreckage of the fall, where the rescuers become the victims. Caught between the golden summit and terminal velocity, they cannot retreat, but may not survive the harrowing mystery of the wall.


Praise For The Wall…

"An adventure thriller that takes its characters on a haunting trip beyond the boundaries of human endurance and into enemy territory -- superb, thrilling, and terrifying."

-- Vince Flynn on The Reckoning

"A superbly original thriller. Terrifying and exquisite in a single breath."