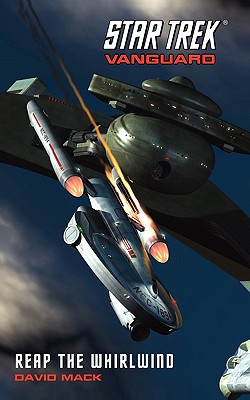 The mystery of the Taurus Reach is about to be revealed.

Ancient secrets lie on the fourth planet of the Jinoteur system, and three great rivals are fighting to control it. The Federation and the Klingon Empire want to wield its power; the Tholian Assembly wants to bury it.

But the threat stirring on that distant world is more dangerous than they realize. The Shedai, who ruled the Taurus Reach aeons ago, have risen from their ages of deathlike slumber -- to gather, marshal their strength, and take their revenge.

To keep Jinoteur from falling into enemy hands, the crews of Starbase Vanguard and the U.S.S. Sagittarius must risk everything: friends...loved ones...their own lives. But the sacrifices they make may prove too terrible for them to bear.