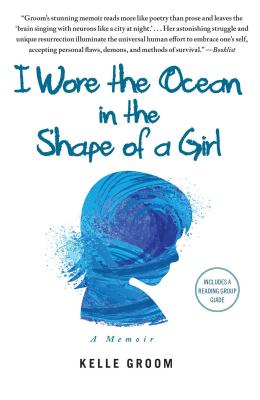 I Wore the Ocean in the Shape of a Girl

Now in paperback—“The triumph of Kelle Groom’s memoir lies in her plangent, poetic prose as she lays bare the onset of her alcoholism at age fifteen, the child she bore and gave up at nineteen, and her dead-end jobs, upset parents, blackouts, hookups, and, eventually, slow and steadfast embrace of a sober, creative life” (Elle).

Kelle Groom is the author of three poetry collections, Five Kingdoms (Anhinga, 2010), Luckily (Anhinga, 2006), and Underwater City (University Press of Florida, 2004). She has been published in The New Yorker, Ploughshares, and Best American Poetry 2010, among others. Her work has received special mention in the Pushcart Prize and Best American Non-Required Reading anthologies.
or support indie stores by buying on