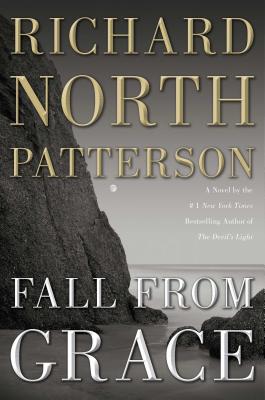 Adam Blaine arrives on the island of Martha’s Vineyard to attend the funeral of his estranged father, Ben Blaine, a famous and charismatic writer who has served as patriarch of his clan for many years. A man fond of sailboats, good wine, and women other than his wife, Ben Blaine has left behind a string of secrets in addition to an emotionally distraught widow and his strangely aloof mistress, Carla Pacelli, a beautiful television actress who once had a drug problem.

As soon as Adam arrives, he discovers that Ben has disinherited his mother, uncle, and brother in favor of his lover, and begins to wonder if his father’s death—caused by an inexplicable fall from a cliff—might be murder. Using his training as a CIA operative, Adam skillfully seeks to obscure the evidence suggesting that a family member may have killed his father, while at the same time fighting to undo the will, which favors the enigmatic Carla. As he walks this tightrope, Adam risks his freedom and perhaps his life, even as he unearths increasingly disturbing family secrets never meant to be discovered, and which cause him to question his understanding of his own life and everyone around him—his beloved mother, uncle, and brother and, not least, Carla.

Filled with tight psychological intrigue that will keep readers guessing until the very last page, Fall from Grace confirms that “Richard North Patterson is one of the best in the business” (Time).

Praise For Fall from Grace: A Novel…

“Fall from Grace is a stunning tale of betrayal and love—family members torn apart as the possible murder of the patriarch, whose power and prestige have dominated for decades, unravels secrets and scandals against the dramatic backdrop of the unforgiving Vineyard landscape. Richard North Patterson delivers thrilling suspense every time.”

“The Devil’s Light will grab you from the very first page and never let go. Patterson’s amazing storytelling is made all the better by his emotionally complex characters. I was intrigued.”
—Kathy Reichs, #1 New York Times best-selling author of 206 Bones

“Richard North Patterson is a terrific novelist.” —The Washington Post

“Readers…will be dazzled by [Patterson’s] depth of knowledge." -The New York Times

“Patterson has redefined himself as a writer willing to take risks.” —USA Today

Richard North Patterson is the author of over twenty bestselling and critically acclaimed novels. Formerly a trial lawyer, he was the SEC liaison to the Watergate special prosecutor and has served on the boards of several Washington advocacy groups. He lives in Martha's Vineyard, San Francisco, and Cabo San Lucas with his wife, Dr. Nancy Clair.
Loading...
or
Not Currently Available for Direct Purchase