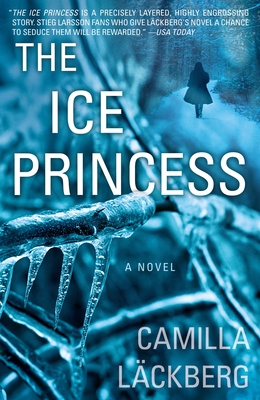 “A top-notch thriller, one of the best of the genre” (Minneapolis Star Tribune) from international crime-writing sensation Camilla Läckberg tells the story of brutal murders in a small Swedish fishing village, and the shattering, decades-old secrets that precipitated them.

In this electrifying tale of suspense from an international crime-writing sensation, a grisly death exposes the dark heart of a Scandinavian seaside village. Erica Falck returns to her tiny, remote hometown of Fjällbacka, Sweden, after her parents’ deaths only to encounter another tragedy: the suicide of her childhood best friend, Alex. It’s Erica herself who finds Alex’s body—suspended in a bathtub of frozen water, her wrists slashed. Erica is bewildered: Why would a beautiful woman who had it all take her own life? Teaming up with police detective Patrik Hedström, Erica begins to uncover shocking events from Alex’s childhood. As one horrifying fact after another comes to light, Erica and Patrik’s curiosity gives way to obsession—and their flirtation grows into uncontrollable attraction. But it’s not long before one thing becomes very clear: a deadly secret is at stake, and there’s someone out there who will do anything—even commit murder—to protect it.

Camilla Läckberg worked as an economist in Stockholm until a course in creative writing triggered a drastic career change. She is now one of the most profitable native authors in Swedish history. Her novels have sold worldwide in thirty-five countries. She lives with her husband and children in a quaint suburb of Stockholm.
Loading...
or support indie stores by buying on