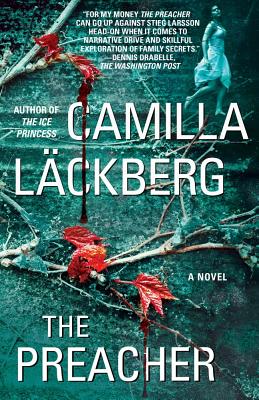 Hot on the heels of her phenomenal American debut, The Ice Princess, Camilla Läckberg brings readers back to the quiet, isolated fishing village in Sweden where dangerous secrets lie just beneath the community’s tranquil surface.

During an unusually hot July, detective Patrik Hedstrom and Erica Falck are enjoying a rare week at home together, nervous and excited about the imminent birth of their first baby. Across town, however, a six-year-old boy makes a gruesome discovery that will ravage their little tourist community and catapult Patrik into the center of a terrifying murder case.

The boy has stumbled upon the brutally murdered body of a young woman, and Patrik is immediately called to lead the investigation. Things get even worse when his team uncovers, buried beneath the victim, the skeletons of two campers whose disappearance had baffled police for decades. The three victims’ injuries seem to be the work of the same killer, but that is impossible: the main suspect in the original kidnappings committed suicide twenty-four years ago.

When yet another young girl disappears and panic begins to spread, Patrik leads a desperate manhunt to track down a ruthless serial killer before he strikes again.

Camilla Läckberg worked as an economist in Stockholm until a course in creative writing triggered a drastic career change. She is now one of the most profitable native authors in Swedish history. Her novels have sold worldwide in thirty-five countries. She lives with her husband and children in a quaint suburb of Stockholm.
or support indie stores by buying on