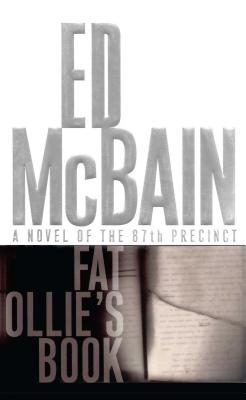 A Novel of the 87th Precinct

All at once, Fat Ollie Weeks had a truly brilliant idea...

But as any real writer could tell you, that's how inspiration strikes -- with the sudden force of a violent crime. Known more for his foul mouth and short temper than his way with words, Detective Weeks has written a novel. But just as Isola is rocked by the murder of a mayoral candidate, the only copy of Ollie's manuscript is stolen -- and an all-too-real adventure begins as a thief follows Ollie's fictional blueprint to find a $2 million cache of nonexistent diamonds. Now, the 87th Precinct races to bring poetic justice to a cold-blooded assassin -- and someone's about to add another chapter to the colorful career of Ollie Weeks, a cop who's never played by the book....

Ed McBain, a recipient of the Mystery Writers of America's coveted Grand Master Award, was also the first American to receive the Diamond Dagger, the British Crime Writers Association's highest award. His books have sold more than one hundred million copies, ranging from the more than fifty titles in the 87th Precinct series (including the Edgar Award–nominated Money, Money, Money) to the bestselling novels written under his own name, Evan Hunter—including The Blackboard Jungle (now in a fiftieth anniversary edition from Pocket Books) and Criminal Conversation. Fiddlers, his final 87th Precinct novel, was recently published in hardcover. Writing as both Ed McBain and Evan Hunter, he broke new ground with Candyland, a novel in two parts. He also wrote the screenplay for Alfred Hitchcock's The Birds. He died in 2005.

Visit EdMcBain.com.
Loading...
or support indie stores by buying on