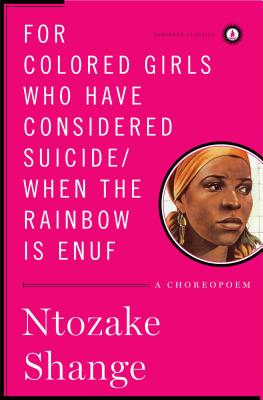 This revolutionary, award-winning play by a lauded playwright and poet is a fearless portrayal of the experiences of women of color—“extraordinary and wonderful…that anyone can relate to” (The New York Times) and continues to move and resonate with readers today more than ever.

Ntozake Shange (1948–2018) was a renowned playwright, poet, theater director, and novelist. Her body of work includes Obie Award–winning for colored girls who have considered suicide/when the rainbow is enuf, Some Sing Some Cry with Ifa Bayeza, and the posthumous Dance We Do: A Poet Explores Black Dance and I Am an Old Woman. Among her numerous accolades are the Langston Hughes Medal for Literature, a Guggenheim Foundation Fellowship, the Pushcart Prize, the Poetry Society of America’s 2018 Shelley Memorial Award and three AUDELCO awards. Ms. Shange’s work has been nominated for a Grammy, a Tony, and an Emmy.
Loading...
or support indie stores by buying on
(This book is on backorder)