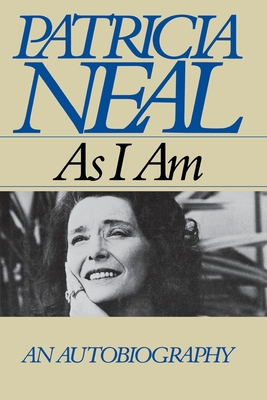 The acclaimed autobiography from the Tony and Academy Award-winning actress casts Patricia Neal in her greatest role—as the indomitable heroine of her own incredible real-life story: “Destined for bestsellerdom” (Library Journal).

Throughout her triumphant career, Patricia Neal faced a series of devastating challenges and losses, sometimes privately, sometimes before an audience of millions. By age twenty-one, the self-confident, determined, Southern-bred actress had starred in a Broadway hit, won a Tony, was “the toast of New York” and was featured on a Life cover—only the first of many triumphs in a celebrity life.
“In this account, Neal writes candidly about her numerous love affairs, both transient and profound, such as a liaison with Gary Cooper and her twenty-five-year marriage to writer Roald Dahl. More arresting are the tragedies that beset her, including the deaths of two of her five children and, at age thirty-nine, a massive stroke suffered when she was at the peak of her career and carrying her fifth child. Her heroic struggle to regain her speech, mobility, and mental capacities adds another dimension to an already courageous human being” (Publishers Weekly).