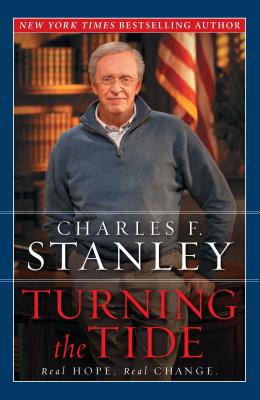 Now in paperback—New York Times bestselling author Charles Stanley shares a thought-provoking, inspirational book calling our nation to get on its knees to pray, then stand up and become involved.

Get on Your Knees to Pray... Then Get Up and Take ACTION

There is a tidal wave threatening our nation, and its unrelenting surge is changing American life as we’ve known it . . . and as our Founding Fathers intended it to be. In the midst of the politically charged atmosphere in our country, Dr. Charles Stanley stands tall with a refreshingly calm yet bold call to action. Insisting we can make a difference, Dr. Stanley makes a passionate plea for Christians to get on their knees to pray, and then stand up and become involved. With wisdom and biblical teaching, he insists that if we will turn to God and obey Him, we can:

* Reverse the course of our financial troubles

* Return respect for the sanctity of life to the national discourse

In this revolutionary book, bestselling author Dr. Charles Stanley also offers a step-by-step twenty-week prayer guide to help Christians pray for real change. It’s time, Dr. Stanley says, for us to take responsibility for the direction of our country and become involved both at the civic level and through fervent prayer.

Dr. Charles F. Stanley is a New York Times bestselling author who has written more than sixty books, with sales of more than ten million copies. He has been senior pastor of the First Baptist Church in Atlanta, Georgia since 1971, and his outreach ministry—In Touch—reaches more than 2,800 radio and television outlets in more than fifty languages. Dr. Stanley was inducted into the National Religious Broadcaster’s (NRB) Hall of Fame in 1988. Dr. Stanley’s goal is best represented by In Touch Ministries’ mission statement: to lead people worldwide into a growing relationship with Jesus Christ and to strengthen the local church. This is because, as he says, “It is the Word of God and the work of God that changes people’s lives.”
Loading...
or support indie stores by buying on