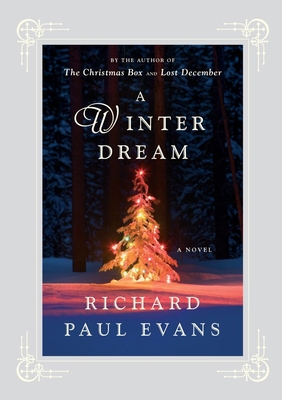 The #1 bestselling author of The Christmas Box and master of the holiday novel reimagines the biblical story of Joseph and the coat of many colors, presenting an inspiring modern story of family and forgiveness.

Joseph Jacobson is the twelfth of thirteen siblings, all of whom are employed by their father’s successful Colorado advertising company. But underneath the success runs a poisonous undercurrent of jealousy; Joseph is his father’s favorite and the focus of his brothers’ envy and hatred. When the father seems ready to anoint Joseph as his heir, the brothers make their move, forcing Joseph from the company and his Denver home, severing his ties to his parents and ending his relationship with his soon-to-be fianceé. Alone and lonely, Joseph must start a new life.

Joseph joins a Chicago advertising agency where his creativity helps him advance high up in the company. He also finds hope for a lasting love with April, a kind woman with a secret. However, all secrets hold consequences, and when Joseph learns the truth about April’s past, his world is again turned upside down. Finally, Joseph must confront his own difficult past in order to make his dreams for the future come true.

Praise For A Winter Dream: A Novel…

"Readers will relate to these characters, be moved to tears and laughter by them, and most importantly, be inspired by them . . . a journey you should definitely take."
— Kirkus Reviews

“The parallels to the biblical Joseph are easily recognizable and fit organically with the flow of the contemporary story. Evans has done his homework to realistically portray the ad agency world. The dialogue flows well and the main characters feel honest and likable.”
— Deseret News