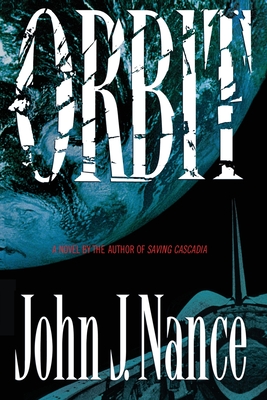 The year is 2009. For Kip Dawson, winning a passenger seat on American Space Adventure's spacecraft is a dream come true. One grand shot of insanity and he can return to earth fulfilled. But the thrill of the successful launch turns to terror when a micrometeorite penetrates the capsule, leaving the radios as dead as the pilot. Reality hits: Kip isn't going home. With nothing to do but wait for his doomed fate, Kip writes his epitaph on the ship's laptop computer, unaware that an audience of millions has discovered it and is tracking his every word on the Internet. As a massive struggle gets underway to rescue him, Kip has no idea that the world can hear his cries -- or that his heroism in the face of death may sabotage his best chance of survival.

John J. Nance, aviation analyst for ABC News and a familiar face on Good Morning America, is the author of seventeen books, including Fire Flight, Skyhook, Turbulence, and Headwind. Two of his novels, Pandora's Clock and Medusa's Child, have been made into highly successful television miniseries. A lieutenant colonel in the U.S. Air Force Reserve, Nance is a decorated pilot veteran of Vietnam and Operations Desert Storm/Desert Shield. He lives in University Place, Washing
Loading...
or support indie stores by buying on