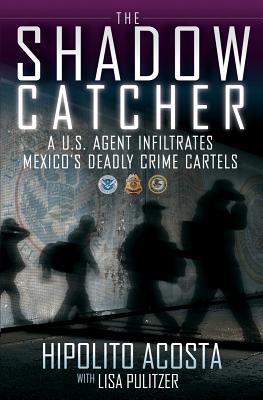 In this gritty exposé, a firsthand look inside U.S. undercover operations targeting the immigrant smuggling, counterfeiting, and drug rings of Mexico’s dangerous mafia.

Living under an assumed identity and risking his life were all in a day’s work for U.S. Government Agent Hipolito Acosta. He worked regularly in high-stakes undercover operations infiltrating Mexico’s murderous immigrant smuggling rings and drug cartels.

Acosta’s investigations are legendary, both inside law enforcement and the crime cartels he helped neutralize. He had himself smuggled from Mexico to Chicago with a truckload of poor immigrants; worked his way into the confidences of a gang of international counterfeiters; socialized with some of Mexico’s most vicious drug lords; arrested a female smuggler by luring her across the U.S. border for an amorous rendezvous; and was the target of multiple murder plots by the criminals he put in jail.

For three decades, Hipolito Acosta’s work routinely made national headlines, and he quickly gained a reputation as a daring crime fighter who used his intelligence and audacity to stay one step ahead of those who would kill him if his cover were ever blown.

Acosta’s stories read like chapters from a page-turning crime novel, but The Shadow Catcher is more than a front-seat ride through the criminal underworld along the U.S./Mexico border. This heartbreaking exposé goes beyond sensational headlines and medals of honor to divulge what an agent endures in order to ensure that U.S. law is enforced and to reveal the unseen human side of illegal immigration.

Hipolito Acosta is the most highly decorated officer in the history of the U.S. Immigration and Nationalization Service. The son of Mexican-American migrant workers, Acosta rose through the ranks from Border Patrol Agent to a key position in the Department of Homeland Security. Acosta and his wife live in Texas.

"Hipolito Acosta's world has been one of shadows and danger of a kind seldom seen or even imagined by the average American." --Hugh Aynesworth, Washington Times

"Acosta's account of his undercover activities is not only an exciting read but also a strong refutation of those who see illegal immigration as a victimless crime. He is a true American hero with a great story to tell." --Jeff Davidow, Former U.S. Ambassador to Mexico

"For much of its history, America's doors have been guarded by quiet heroes. Poli's story provides an unparalleled glimpse of their world from the front lines of the border wars. It was an honor to have seen his work in real time and to understand his work with the benefit of this book twenty years later. It is both timely and timeless in its lessons." --Former U.S. Attorney, Ira Raphaelson

"Hipolito gives an insightful look into a world in which few people are allowed to witness. His stories gives us an eye opening account of the harsh realities that many undocumented immigrants encounter while trying to reach the United States. " --Jose M. Hernandez, Former NASA Astronaut

"The Shadow Catcher is a page turner for our time. You will not think of the immigration the same after reading it."--Tony Diaz, author and founder of Nuestra Palabra: Latino Writers Having Their Say

"An interesting and often gripping glimpse of the seamiest aspects of an ongoing problem that both the U.S. and Mexico must confront." --Booklist

"The Shadow Catcher is a heroic narrative in which you not only find yourself infiltrating the immigrant- smuggling rings side by side with Acosta, but you also operate deep undercover to capture the criminals."--Texas Monthly
or
Not Currently Available for Direct Purchase
Copyright © 2020 American Booksellers Association