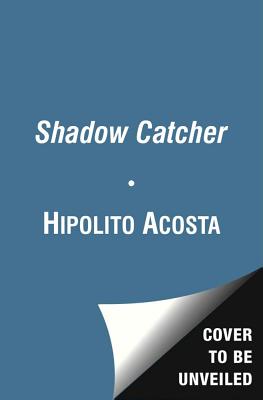 In this gritty exposé, a firsthand look inside U.S. undercover operations targeting the immigrant smuggling, counterfeiting, and drug rings of Mexico’s dangerous mafia.

For three decades, U.S. government agent Hipolito Acosta’s undercover work against Mexico’s mafia routinely made national headlines, and he quickly gained a reputation as a daring crime fighter who sent bad guys to prison, using his intelligence and audacity to stay one step ahead of those who would kill him if his cover was ever blown. Using multiple disguises and aliases, Acosta participated in scores of dangerous clandestine operations: He was locked into the back of a U-Haul truck along with a group of hopeful immigrants—half of them children—and smuggled from Mexico to Chicago without food, water, or basic hygiene; he infiltrated a gang of international counterfeiters; was mistakenly thrown into a Mexican jail where authorities purposely revealed his identity to his criminal cellmates; and was the target of multiple murder plots.

Raised in a Texas migrant worker family near the Mexican border, Acosta empathizes with the men and women who sought freedom, sanctuary, and a better life for their families in the United States. This is the first book to take readers directly onto the frontlines, via someone who is so intimately familiar with these worlds, to expose the criminal workings of illegal immigration as well as the human plight that drives it.

The Shadow Catcher reads like the best crime novels, as Acosta takes readers on a backseat ride through the unknown world of Mexico’s organized crime families and goes behind the headlines to reveal the human dramas that, for him, were all in a day’s work.

Hipolito Acosta is the most highly decorated officer in the history of the U.S. Immigration and Nationalization Service. The son of Mexican-American migrant workers, Acosta rose through the ranks from Border Patrol Agent to a key position in the Department of Homeland Security. Acosta and his wife live in Texas.

"Hipolito Acosta's world has been one of shadows and danger of a kind seldom seen or even imagined by the average American." --Hugh Aynesworth, Washington Times

"Acosta's account of his undercover activities is not only an exciting read but also a strong refutation of those who see illegal immigration as a victimless crime. He is a true American hero with a great story to tell." --Jeff Davidow, Former U.S. Ambassador to Mexico

"For much of its history, America's doors have been guarded by quiet heroes. Poli's story provides an unparalleled glimpse of their world from the front lines of the border wars. It was an honor to have seen his work in real time and to understand his work with the benefit of this book twenty years later. It is both timely and timeless in its lessons." --Former U.S. Attorney, Ira Raphaelson

"Hipolito gives an insightful look into a world in which few people are allowed to witness. His stories gives us an eye opening account of the harsh realities that many undocumented immigrants encounter while trying to reach the United States. " --Jose M. Hernandez, Former NASA Astronaut

"The Shadow Catcher is a page turner for our time. You will not think of the immigration the same after reading it."--Tony Diaz, author and founder of Nuestra Palabra: Latino Writers Having Their Say

"An interesting and often gripping glimpse of the seamiest aspects of an ongoing problem that both the U.S. and Mexico must confront." --Booklist

"The Shadow Catcher is a heroic narrative in which you not only find yourself infiltrating the immigrant- smuggling rings side by side with Acosta, but you also operate deep undercover to capture the criminals."--Texas Monthly