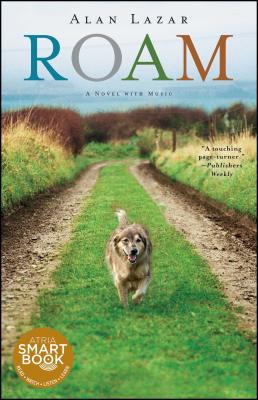 They Say You Never Forget Your First Love . . .

Nelson is a bright-eyed, inquisitive half beagle, half poodle. He lives with Katey and Don, newlyweds whose marriage is straining under the pressures of domesticity, but Katey’s devotion to Nelson buoys the pup even as he worries his home may be falling apart. One day Nelson follows his nose and gets lost. Though he searches frantically for his beloved Katey—and she for him—he can’t seem to find his way home.

Roam follows Nelson on an incredible eight-year cross-country journey. He rides shotgun with a truck driver, lives in the woods with a pack of wolves, loses his hind leg in a terrible accident, and escapes death in a shelter. Though he develops a cynical eye and a world-weary demeanor, underneath it all he remains a fearless and courageous spirit, and maintains the belief that one day he’ll make it back to Katey.

A deeply moving story of survival and enduring love, Roam confirms the unbreakable bond between humans and their best friends. It is an unforgettable tale of love lost and found, the trials that test families, and an affirmation that no matter how far or how long you may travel, there’s always a place to call home.


“Incredible journeys are a perennially popular subset of dog stories…and Lazar crafts a good one. He captures the interior and exterior lives of humans and dogs (and even wolves) with a sure hand." —Library Journal

Alan Lazar is a platinum-selling musician/composer whose career began in his native South Africa. He lives in Los Angeles, where he has composed music for more than 30 films and TV shows. This is his first novel.
Loading...
or support indie stores by buying on