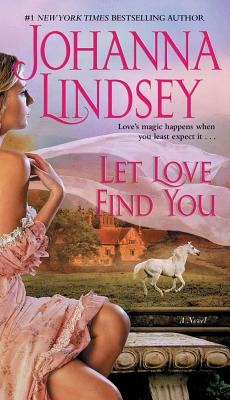 #1 New York Times bestselling author Johanna Lindsey delivers the “potent, sexy chemistry” (Booklist) and witty repartee for which she is adored in this dazzling regency romance about a desperate debutante whose family hires an innovative matchmaker to ensure her marriage.

London society has its very own Cupid. Renowned horse breeder and occasional matchmaker Devin Baldwin pairs eligible young ladies with suitable gentlemen based on his theory of animal magnetism. Unafraid of ruffling feathers, this darkly handsome Cupid doles out tips for bettering one’s chances of meeting a mate that are as pointed as the love legend’s sharpest arrows!

Lovely Amanda Locke, the daughter of a duke, is everything a nobleman could desire, yet she enters her third Season still searching for a match. Gossipmongers’ tongues are wagging, and her mystified family is considering drastic measures to find her a husband. But the insufferable advice of this Cupid fellow is the last thing Amanda wants.

When an earl passionate about horses becomes the target of her husband hunt, Amanda knows it’s time to overcome her fear of riding. With her sister-in-law Ophelia hastening the romance along by arranging riding lessons, Amanda is soon taking instruction from infuriating Devin Baldwin. Astonishingly, in her daily encounters with Devin—who treats her as an ordinary young woman, not a prize to be won at the marriage mart—Amanda experiences passion for the first time. Now, her search for a match takes her in an unexpected direction as she finds herself falling in love with Cupid himself.