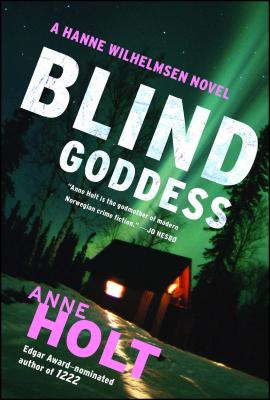 A small-time drug dealer is found battered to death on the outskirts of the Norwegian capital, Oslo. A young Dutchman, walking aimlessly in central Oslo covered in blood, is taken into custody but refuses to talk. When he is informed that the woman who discovered the body, Karen Borg, is a lawyer, he demands her as his defender, although her specialty is civil, not criminal, law.

A couple of days later another lawyer is found shot to death. Soon police officers Håkon Sand and Hanne Wilhelmsen establish a link between the two killings. They also find a coded message hidden in the murdered lawyer’s apartment. Their maverick colleague in the drugs squad, Billy T., reports that a recent rumor in the drug underworld involves drug-dealing lawyers. Now the reason why the young Dutchman insisted on having Karen Borg as a defender slowly dawns on them: since she was the one to find and report the body, she is the only Oslo lawyer that cannot be implicated in the crime.

As the officers investigate, they uncover a massive network of corruption leading to the highest levels of government. As their lives are threatened, Hanne and her colleagues must find the killer and, in the process, bring the lies and deception out into the open.

“Wherever Hanne shows up next, my advice is to follow that wheelchair."--Marilyn Stasio, New York Times Book Review

“Get ready for a mystery that is packed solid with concise writing and intricate plotting…. Anne Holt is a consummate writer in the vein of Tana French, P.D. James and Peter Lovesey.”
— Durango Herald (Colorado)

Anne Holt is Norway’s bestselling female crime writer. She was a journalist and news anchor and spent two years working for the Oslo Police Department before founding her own law firm and serving as Norway’s Minister for Justice in 1996 and 1997. Her first novel was published in 1993 and her books have been translated into over thirty languages and have sold more than 7 million copies. Her novel 1222 was nominated for an Edgar Award for Best Novel. She lives in Oslo with her family.
Loading...
or support indie stores by buying on