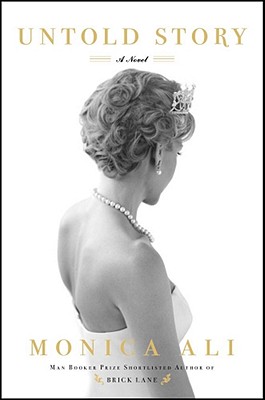 When Princess Diana died in Paris’s Alma tunnel, she was thirty-seven years old. Had she lived, she would turn fifty on July 1, 2011. Who would the beloved icon be if she were alive today? What would she be doing? And where? One of the most versatile and bold writers of our time, Monica Ali has imagined a different fate for Diana in her spectacular new novel, Untold Story.

Diana’s life and marriage were both fairy tale and nightmare rolled into one. Adored by millions, she suffered rejection, heartbreak, and betrayal. Surrounded by glamour and glitz and the constant attention of the press, she fought to carve a meaningful role for herself in helping the needy and dispossessed. The contradictions and pressures of her situation fueled her increasingly reckless behavior, but her stature and her connection with her public never ceased to grow. If Diana had lived, would she ever have found peace and happiness, or would the curse of fame always have been too great?

Fast forward a decade after the (averted) Paris tragedy, and an Englishwoman named Lydia is living in a small, nondescript town somewhere in the American Midwest. She has a circle of friends: one owns a dress shop; one is a Realtor; another is a frenzied stay-at-home mom. Lydia volunteers at an animal shelter, and swims a lot. Her lover, who adores her, feels she won’t let him know her. Who is she?

Untold Story is about the cost of celebrity, the meaning of identity, and the possibility—or impossibility—of reinventing a life. Ali’s fictional princess is beautiful, intrepid, and resourceful and has established a fragile peace. And then the past threatens to destroy her new life. Ali has created a riveting novel inspired by the cultural icon she calls “a gorgeous bundle of trouble.”

“A dazzling feat... All the pistons are firing.”—Washington Post

“Brilliant... Riveting to the end.”—Buffalo News

“A revelation... A compassionate portrait of the flawed and magnificent woman.”—Globe and Mail

“A sympathetic...insightful portrait of a woman held captive by the demons from her past.”—Jerusalem Post

“Ali packs so much into the book, as she builds a portrait of the world's most famous woman at breaking point, introducing elements of doubt through her paranoia, her emotional state and her erratic behavior prior to her death…. Ali builds the tension masterfully… A compelling and intriguing look at celebrity and the media through a fascinating and complex character.”—Sunday Telegraph (Australia)

“Absorbing… Ali has written a thoughtful book about a serious theme: the insanity of celebrity culture… Exercising the novelist's right to imagine, she has tried to get inside the head of the biggest celebrity of our age. It's a bold move, and it will offend people who have made a quasi-religious idol of the princess. But the artistry of Ali's execution justifies her risky choice of material… While reading this book, you genuinely feel she might still be out there somewhere, living the unobserved life she never had.”—Weekend Australian

“An exciting psychological thriller with several unpredictable twists. Ali takes the testosterone-loaded concept of the stake-out and adds a feminine touch.”—The Age (Australia)