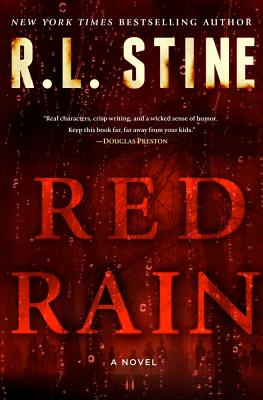 The author of the New York Times bestselling Goosebumps and Fear Street series uses his knack for creating terror to tap into some very grown up fears in this terrifying horror novel centered on a town in the grip of a sinister revolt.

Travel writer Lea Sutter finds herself on a small island off the coast of South Carolina, at the wrong place at the wrong time, and barely escapes with her life when a freak hurricane cuts through the island. In the storm’s aftermath, she discovers two orphaned boys—twins—and impulsively decides to adopt them. The boys seem amiable and immensely grateful; Lea’s family is not quite so pleased. But no one could anticipate the twins’ true nature—or predict that within a few weeks’ time, Lea’s husband, a controversial child psychologist, will be implicated in two brutal murders.

For the millions of readers who grew up on Goosebumps, and for every fan of deviously inventive horror, this is a “creepy, fun read” (Library Journal) from a beloved master of the genre.

Praise For Red Rain: A Novel…

“Stine has a freshly terrifying story to tell, and he tells it with gusto, ratcheting up the chills until we’re frozen in our chairs. Parents, be warned: this is emphatically not for younger readers.”
— Booklist

“It's a page turner until the end, with short chapters that help increase the pace. Stine enjoys himself writing not for kids but about them.”
— Associated Press

“With this brilliantly written novel "Red Rain", Stine proves that he definitely has it in him to challenge the greats in the Thriller/Horror genre ... think Dean Koontz, Douglas Preston, Harlan Coben and then amp-it-up by a hundred!”
— MysteryNet.com

R.L. Stine invented the teen horror genre with Fear Street, the bestselling teen horror series of all time. He also changed the face of children’s publishing with the mega-successful Goosebumps series, which Guinness World Records cites as the Bestselling Children’s Books ever, and went on to become a worldwide multimedia phenomenon. He lives in New York City with his wife, Jane, and their dog, Nadine.
Loading...
or
Not Currently Available for Direct Purchase