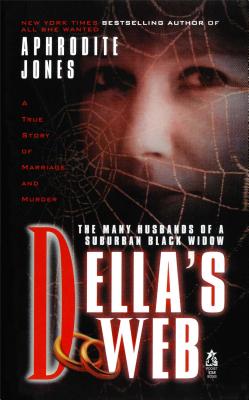 Cincinnati heart surgeoun Darryl Sutorious was spellbound, convinced he'd found the perfect wife. With bewitching hazel eyes and exquisite clothes, Cante Britteon seemed to have stepped straight out of Vogue and into his arms. But their honeymoon didn't last long. Beneath Dante's china-doll facade lured a sceretive, dangerous woman, a man-hater born as Della Faye Hall, whose four previous marriages had been spiced with butcher knives, pistols, vandalized house and lover set on fire, according to the men she ensnared. And by the time Darryl—haunted by his own impotence—summoned the strength to demand out of the marriage, Della Faye was only too happy to oblige: with a bullet to the brain.
In this stunning book, New York Times bestselling author Aprodite Jones traces the intricate web of this fiendishly calculating sexual con artist. From Della Faye Hall's strange childhood to her violent marriages, from the police investigation to the murder trial, this is the shocking story of a suburban femme fatale, a gold-digger driven by jealousy and greed to torture her husband to death.

Aphrodite Jones is the author of the New York Times bestseller Cruel Sacrifice; the bestseller The FBI Killer, which was made into an ABC-TV movie titled Betrayed by Love, starring Patricia Arquette; All He Wanted; Della's Web; The Embrace; Red Zone; A Perfect Husband; Michael Jackson Conspiracy. She began her professional writing career at age twenty-one, with a nationally syndicated column for United Feature Syndicate. A published journalist for more than twenty years, she has also worked as a radio news director, lectured about writing as an assistant professor of English, and, for the last decade, has devoted herself to human interest and hard-news stories. Born in Chicago, raised in New York, and schooled in Los Angeles, Jones now works from her home in West Hollywood. Visit her Web site at AphroditeJones.com.
Loading...
or support indie stores by buying on