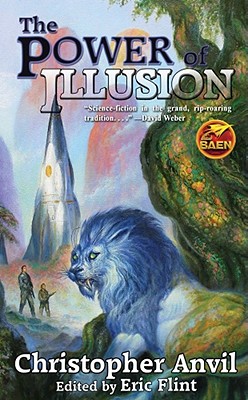 A rip-roaring collection of amusing and beguiling "what if?" speculative fiction tales from science fiction humorist and droll storyteller extraordinaire Christopher Anvil. A generous volume of cunning and humorous science fiction from a master storyteller Christopher Anvil. First, Anvil's tale of the consequences for civilization--and humanity itself--on The Day the Machines Stopped. Next, a gambler is captured by aliens who are investigating the Earth as a possible target for colonization. The aliens have science and technology far in advance of humans--but, unfortunately for them, they have never developed the human art of bluffing. And finally, for the first time in book form, Anvil's stories of universal troubleshooter and paradox-resolver extraordinaire Richard Verner. Need to know why the government's missiles keep falling from the sky? Whether a judge has been kidnapped or gone into hiding to avoid a dangerous ruling? Who that dead body belongs to that interrupted a perfect vacation? Verner's on the case.

Christopher Anvil was a long-time fixture of the leading science fiction magazines--most notably a frequent and popular contributor to Analog, where he consistently rocked the reader's polls and had several stories nominated for Hugo and Nebula awards. Anvil is best known for his outstanding ability to combine fast-moving adventure with wry humor. His novels include Pandora's Legions, Interstellar Patrol, Interstellar Patrol II: The Federation of Humanity, The Trouble with Aliens, The Trouble with Humans, War Games and Rx for Chaos.
Loading...
or
Not Currently Available for Direct Purchase