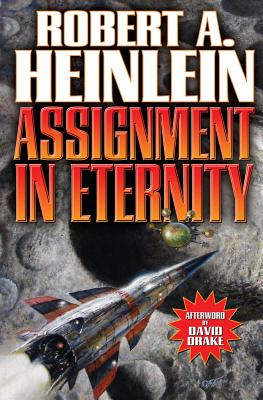 Compelling science fiction adventure from New York Times bestseller Robert A. Heinlein: two classic novellas and two short stories with speculation on what makes us human. Gulf in which the greatest superspy of them all is revealed as the leader of a league of supermen and women who can't decide on quite what to do with the rest of us. The prequel to Heinlein's later New York Times best seller, Friday. Lost Legacy in which it is proved that we are all members of that league of the superhuman-or would be, if we but had eyes to see. Plus two great short stories: Two of the master's finest: one on the nature of being, the other on what it means to be a Man. The second story, "Jerry Was a Man," was adapted for the TV series Masters of Science Fiction, and is now available on DVD.

Robert A Heinlein is considered one of the Big Three of classic science fiction (along with Isaac Asimov and Arthur C. Clarke). Heinlein is a seven-time Hugo Award recipient and was given the first Grand Master Nebula Award for lifetime achievement. His worldwide bestsellers include Have Space Suit--Will Travel, Stranger in a Strange Land, Starship Troopers, Time Enough for Love, and The Moon Is a Harsh Mistress.
Loading...
or support indie stores by buying on