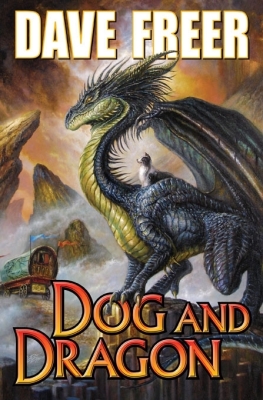 Dave Freer is an ichthyologist turned author who lives on Flinders Island (between mainland Australia and Tasmania) with his wife, four dogs and four cats, and two sons. He has co-authored a range of novels with Eric Flint (Rats, Bats and Vats, The Rats, the Bats and the Ugly, Pyramid Scheme, and Pyramid Power), with Mercedes Lackey and Eric Flint (The Shadow of the Lion, This Rough Magic, The Wizard of Karres, Much Fall of Blood) as well as writing the solo novels The Forlorn, A Mankind Witch and Dragon's Ring.
or
Not Currently Available for Direct Purchase
Copyright © 2020 American Booksellers Association