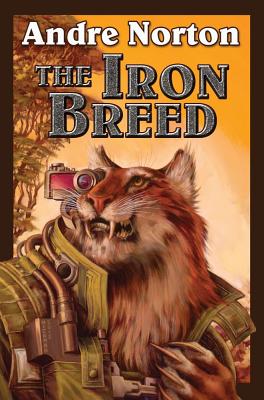 Two bestselling novels of science fiction adventure from legendary storyteller Andre Norton collected together for the first time, The Iron Cage and Breed to Come. A young woman and a young man face down powerful enemies as they come of age in a far future universe full of menace and technology so powerful as to be almost magic. Two bestselling novels of science fiction adventure from the People saga of legendary storyteller Andre Norton together for the first time. The Iron Cage Johnny has always loved and been protected by the People, the bearlike inhabitants on the planet he calls home. But when a star ship arrives carrying Johnny's original species, humans-humans who seek to exploit the People for their own ends-Johnny is forced to choose between loyalty to the creatures he considers his family, and the need to reconnect with his long lost heritage. Breed to Come On a distant future Earth, humans have polluted the planet and departed, leaving their pets behind to inherit a blasted world. But from that devastated past, a new breed of intelligence arises: the catlike People. Now humans return and the People are in no mood to deal once again with the "demons" who abandoned them to fate so long ago. About Andre Norton: "The Grand Dame of Science Fiction..."-Time "One of the all-time masters."-Peter Straub "Andre Norton is a superb storyteller whose skill draws the reader completely into a fantastic other world..."-Chicago Tribune "Norton's renowned story-telling magic is present in abundance . . ."-Future Retrospective