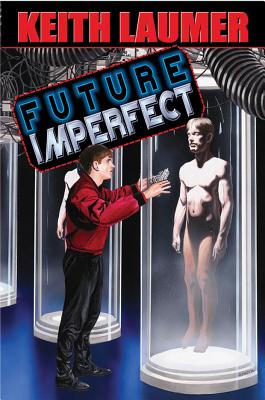 "Spare, clean prose style and muscular storytelling technique . . . the reader comes away with both a sense of completion and a desire for the tale to go on ... forever, if possible." -David Weber "You're about to have fun." -David Drake "One of the most productive and popular writers of science fiction." -Ben Bova ..". adventure tales that are brisk, light and sardonic ..." -Publishers Weekly "Laumer is a master. . . ." -Seattle Times
"Tautly written and endless suspense ... excellent ..." -VOYA

A legendary creator of space opera and military science fiction adventures, Keith Laumer was a captain in the U.S. Air Force and later an officer in the U.S. diplomatic corps, serving throughout the world--all of which activity provides a solid background for his crackling adventure tales as well as his justly famous epic satirical comedies featuring Retief, the galaxy's canny, two-fisted diplomat. Also among Laumer's best-loved creations: are the Bolos, gigantic tanks controlled by artificial intelligences who fight to protect mankind against both alien and human enemies.
Loading...
or
Not Currently Available for Direct Purchase