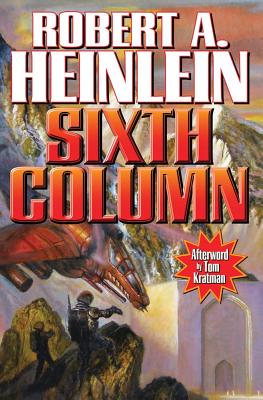 Six Against Six Million for Freedom!

It’s six against six million in a brilliantly waged near-future war for nothing less than liberty and justice for all. The counterinsurgency for freedom is on, and defeat is not an option. A perfect Heinlein near-future adventure with a new introduction and afterword by popular military SF writer Tom Kratman!

About Robert A. Heinlein:

“Not only America's premier writer of speculative fiction, but the great writer of such fiction in the world.”—Stephen King.

Robert A. Heinlein, four-time winner of the Hugo Award and recipient of three Retro Hugos, received the first Grand Master Nebula Award for lifetime achievement. His worldwide bestsellers have been translated into 22 languages and include Stranger in a Strange Land, Starship Troopers, Time Enough for Love, and The Moon Is a Harsh Mistress. His long-lost first novel, For Us, the Living, was recently published by Scribner and Pocket Books.
Loading...
or support indie stores by buying on