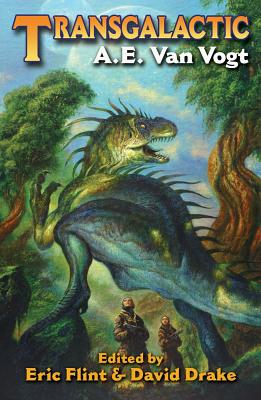 Three complete novels from a Golden Age master of science fiction in one volume: Empire of the Atom, The Wizard of Linn, and Mission to the Stars. Empire of the Atom and The Wizard of Linn: Global war smashed civilization--or so the legends told--but not all of its machines. A caste of "scientists" arose who knew how to repair and operate the ancient machines, but not how they worked, and worshipped at the altars of the atomic gods who were said to make the machines run. Society was a strange mix of the modern and the medieval, with armies riding on horseback into huge spaceships, then flying to human colonies on other planets to wage war with swords and arrows. Then came the mutant Clane, who would have been put to death for his deformities had he not been born into the ruling family. Though his body was twisted, his mind was brilliant, and he not only recovered the lost science behind the ancient machines, but found the truth behind the legends of civilization's downfall. Alien invaders, not human war, had reduced humanity to barbarism as a prelude for a later return in force to colonize the Solar System. And that return would happen soon, unless Clane could find a way to stop it. . . . For the first time, the entire Clane saga, told in the two novels Empire of the Atom and The Wizard of Linn, is complete in one volume. Mission to the Stars, Van Vogt's sweeping novel of interstellar adventure, is also included, along with the two short novels in the "Ezwal" series, chronicling the struggle of one man to convince a feral but intelligent species to join with humanity in the battle against a mutual enemy--but first he must convince the lone Ezwal who is trapped with him in a deadly jungle to co-operate, or neither will survive. About A.E. Van Vogt: "A. E. Van Vogt's early stories broke like claps of thunder through the science fiction field."--Jack Williamson "I can still recall the impact of his early stories."--Arthur C. Clarke "Nobody . . . came close to matching van Vogt for headlong, breakneck pacing."--Gardner Dozois.

A. E. Van Vogt was one of the giants of the Golden Age of science fiction, when he, with his contemporaries Robert A. Heinlein and Isaac Asimov, completely transformed the genre, leading it to a new level of maturity. His landmark novels Slan and The World of Null-A were two of the most influential SF novels of the 20th century, and were also two of the first SF novels to appear in hardcover from a major publisher. His ability to write complex wheels-within-wheels plots was often imitated, by writers as different as Philip K. Dick and Keith Laumer, but has never been equaled. In 1996 Van Vogt received the Grand Master Nebula Award for a lifetime body of work from the Science Fiction Writers of America. He also was inducted into the Science Fiction and Fantasy Hall of Fame and received a special award from the World Science Fiction Convention. Booklist has noted that "Van Vogt created genuinely different aliens, endowed with extraordinary physical and mental powers as well as appetites, and the genre . . . has thrived on them since."
Loading...
or
Not Currently Available for Direct Purchase