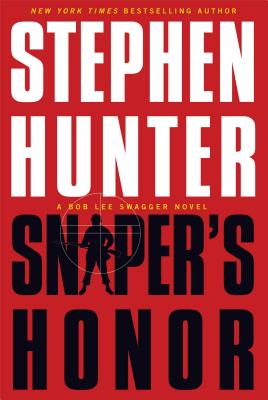 Ludmilla “Mili” Petrova was once the most hunted woman on earth, having raised the fury of two of the most powerful leaders on either side of World War II: Joseph Stalin and Adolf Hitler.

But Kathy Reilly of The Washington Post doesn’t know any of that when she encounters a brief mention of Mili in an old Russian propaganda magazine, and becomes interested in the story of a legendary, beautiful female sniper who seems to have vanished from history.

Reilly enlists former marine sniper Bob Lee Swagger to parse out the scarce details of Mili’s military service. The more Swagger learns about Mili’s last mission, the more he’s convinced her disappearance was no accident—but why would the Russian government go to such lengths to erase the existence of one of their own decorated soldiers? And why, when Swagger joins Kathy Reilly on a research trip to the Carpathian Mountains, is someone trying to kill them before they can find out?

As Bob Lee Swagger, “one of the finest series characters ever to grace the thriller genre, now and forever” (Providence Journal-Bulletin), races to put the pieces together, Sniper's Honor takes readers across oceans and time in an action-packed, compulsive read.

“Absorbing . . . You don’t have to be a fan of military action fiction to enjoy this.”

“A remarkably textured novel. . . . Hunter does a wonderful job of jumping between and connecting his multiple story lines, and he peoples the stage with at least a dozen memorable characters, from Mili and her cohorts through the Nazis that hunt them, and, of course, to Swagger himself, an ever-more-complex character as he ages. Perhaps most memorable of all, though, is Hunter’s vivid re-creation of the carnage on the Eastern Front, where, as Mili notes, the Russians’ only advantage over the Germans was numbers: ‘If they kill us five to one, we bring six to one . . . we shall prevail because, all things being equal, we can outbleed them.’”

“Given the return of the Russians to bad-guy status, this book couldn’t be more timely. But any Swagger tale is a treat, especially one as layered and nuanced as this one. Hunter remains the absolute master of the action thriller and this is a terrific tale from a wondrous storyteller.”

Stephen Hunter has written over twenty novels. The retired chief film critic for The Washington Post, where he won the 2003 Pulitzer Prize for Distinguished Criticism, he has also published two collections of film criticism and a nonfiction work, American Gunfight. He lives in Baltimore, Maryland.
Loading...
or
Not Currently Available for Direct Purchase