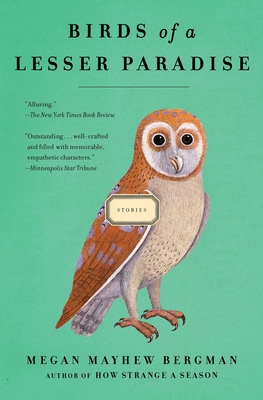 Megan Mayhew Bergman is the author of Almost Famous Women and Birds of a Lesser Paradise. Her short fiction has appeared in two volumes of The Best American Short Stories and on NPR’s Selected Shorts. She has written columns on climate change and the natural world for The Guardian and The Paris Review. Her work has been featured in The New York Times, The New Yorker, Tin House, Ploughshares, Oxford American, Orion, and elsewhere. She teaches literature and environmental writing at Middlebury College, where she also serves as director of the Bread Loaf Environmental Writers’ Conference. She lives on a small farm in Vermont.