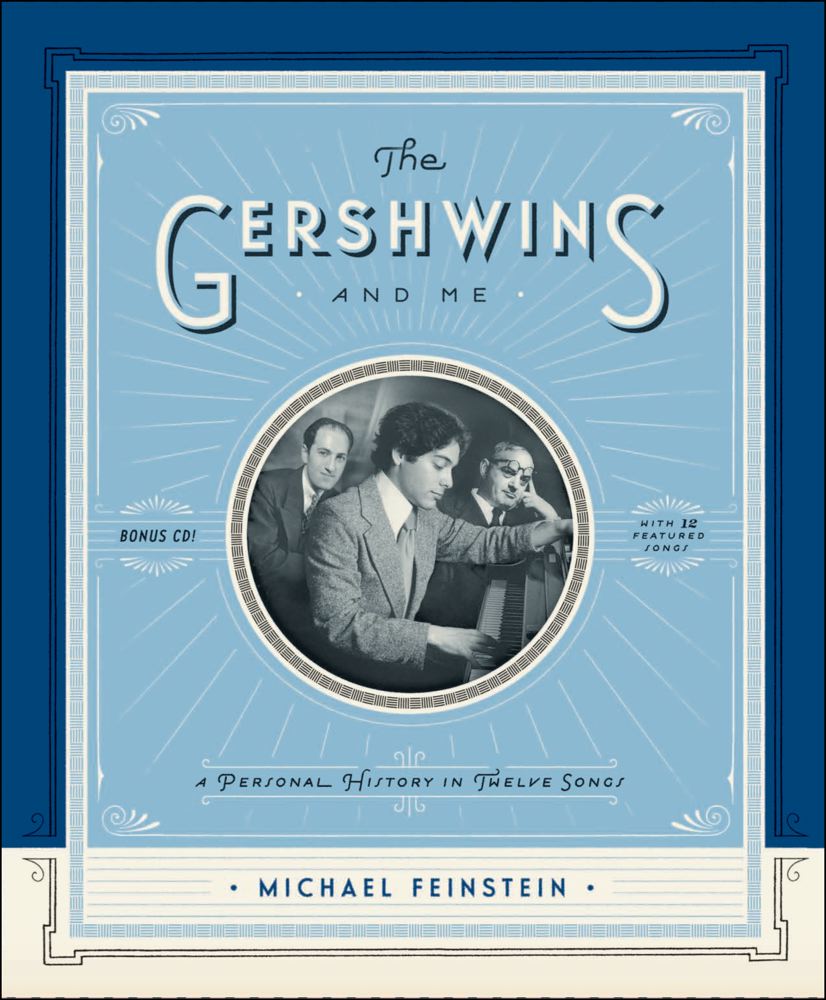 The Gershwins and Me

A Personal History in Twelve Songs

From celebrated entertainer Michael Feinstein comes a beautifully illustrated account of the lives and legacies of the Gershwins—told through stories of twelve of their greatest songs and accompanied by an original CD of those songs, performed by the author.

The “Ambassador of the Great American Songbook” Michael Feinstein was just twenty years old when he got the chance of a lifetime: a job with his hero, Ira Gershwin. During their six-year partnership, the two became close friends. Feinstein blossomed under Gershwin’s mentorship and Gershwin was reinvigorated by the younger man’s zeal for his and his brother George’s legacy. Now, in The Gershwins and Me, the only book of its kind, Michael Feinstein shares unforgettable stories and reminiscences from the music that defined American popular song, along with rare Gershwin memorabilia he’s collected through the years.
From “Strike Up the Band” to “Love Is Here to Stay,” each of the twelve chapters highlights one of the Gershwins’ classic songs, exploring the brothers’ lives, illuminating what the music meant to them, and telling the stories of how their iconic tunes came to life. Throughout the star-studded narrative, Feinstein unfolds the moving chronicle of his own life with the Gershwins, describing his vision for their enduring presence today. No other writer could give us such an authoritative inside perspective on these titans of American culture—and no other writer could include such a soulful collection of music as the accompanying CD packed with Feinstein’s original recordings of the twelve songs.
A timeless classic and the definitive account of the Gershwins and their legacy, The Gershwins and Me will having you humming with every turn of the page.

Praise For The Gershwins and Me: A Personal History in Twelve Songs…

Michael Feinstein is an entertainer and educator known as one of the leading experts on classic American popular music. A five-time Grammy nominee, he performs, records, and lectures extensively and has been awarded three honorary doctorate degrees. Learn more about Michael Feinstein at MichaelFeinstein.com.
Loading...
or
Not Currently Available for Direct Purchase