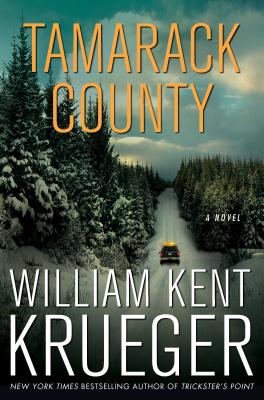 “Like many men and women who’ve worn a badge for a good part of their lives, Corcoran Liam O’Connor was cursed. Twice cursed, in reality. Cursed with memory and cursed with imagination.”

Tamarack County, Minnesota, the gateway to the pristine Boundary Waters Canoe Area Wilderness. Within its borders lie a million acres of deep forest, a thousand crystal clear lakes, and a few quiet towns. This is the place that, for most of his life, sheriff-turned-private investigator Cork O’Connor has called home.

As a blizzard swells just days before Christmas, the car belonging to the wife of a retired local judge is discovered abandoned on a rural road. After days without any leads, the search-and-rescue team, assisted by O’Connor, has little hope of finding her alive, if at all.

Early on, Cork notices small details about the woman’s disappearance that tell a disturbing story. And when the beloved pet dog of a friend is found decapitated, he begins to detect a startling pattern of ominous incidents throughout the area. Then Cork’s son is nearly killed, and he knows this is no trick of his imagination. Someone is spinning a deadly web in Tamarack County. At the center is a murder more than twenty years old for which an innocent man may have been convicted. Cork remembers the case only too well. He was the deputy in charge of the investigation that sent the man to prison.

As the threat of violence continues, so does life in the O’Connor household. Anne, Cork’s younger daughter, comes home, having determined that she’s going to leave her religious order. Teenaged Stephen is in love for the first time, and Cork is being courted as well, even as he struggles to redefine life without his wife, killed several years ago. What they all discover is that love, too, can be a curse. It can cause the greatest euphoria and the most profound despair. It can inspire forgiveness and understanding, passion and desire. It can provoke jealousy and rage. It can bring on betrayal and even murder.

With the darkest days of the year at hand, the storms of winter continue to isolate Tamarack County. Somewhere behind the blind of all the darkness and drifting snow, a vengeful force is at work, and Cork has only hours to stop it before his family and his friends will be forced to pay the ultimate price for the sins of others.

Full of riveting suspense, fascinating characters, and set in a gorgeous yet unforgiving landscape, Tamarack County is an outstanding addition to an award-winning series that mystery lovers can’t get enough of.

“...a winter’s tale that will both break and warm the reader’s heart.... Krueger’s evident empathy for the Ojibwe and their traditions and values blends seamlessly with horrific violence played out against O’Connor’s struggles to heal his family’s wounds—and his own.”

“...hold-your-breath suspense, heightened by the isolating blizzards of a Minnesota winter and the eerie presence of a stalker.... Because Krueger works in the history of his characters’ relationships in a clear and elegant way, this exceptionally scary suspense story will prove riveting for both newcomers to the series and readers who have followed Cork as he and his family have aged and grown.”

“A pitch-perfect, wonderfully evocative examination of violent loss. In Frank Drum's journey away from the shores of childhood--a journey from which he can never return--we recognize the heartbreaking price of adulthood and it's 'wisdoms.' I loved this book.”
— Dennis Lehane, New York Times bestselling author of Live by Night and The Given Day