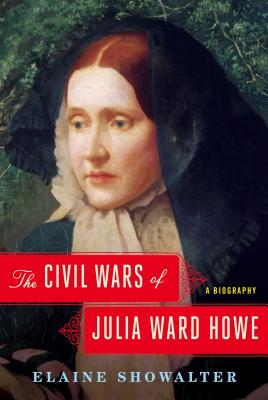 “Unfailingly vivid—and fair-minded” —The Atlantic
“Riveting” —The New York Times Book Review
“A biography with the verve and pace of a delicious novel...a polemic and a pleasure.” —The Boston Globe

The first biography to reveal Julia Ward Howe—the author of The Battle Hymn of the Republic—as a feminist pioneer who fought her own battle for creative freedom and independence.

Julia Ward (1819–1910) was a heiress and aspiring poet when she married Dr. Samuel Gridley Howe, an internationally-acclaimed pioneer in the education of the blind. Together the Howes knew many of the key figures of their era, from Charles Dickens to John Brown. But he also wasted her inheritance, isolated and discouraged her, and opposed her literary ambitions. Julia persisted, and continued to publish poems and plays while raising six children.

Authorship of the Battle Hymn of the Republic made her celebrated and revered. But Julia was also continuing to fight a civil war at home; she became a pacifist, suffragist, and world traveler. She came into her own as a tireless campaigner for women’s rights and social reform. Esteemed author Elaine Showalter tells the story of Howe’s determined self-creation and brings to life the society she inhabited and the obstacles she overcame.

“In a riveting and frankly distressing new biography, the distinguished critic Elaine Showalter insists that Howe, who was born in the same year as Walt Whitman, had ‘the subversive intellect of an Emily Dickinson, the political and philosophical interests of an Elizabeth Barrett Browning, and the passionate emotions of a Sylvia Plath.’ The problem was her world and, more particularly, her husband.”
— The New York Times Book Review

“A biography with the verve and pace of a delicious novel . . . a polemic and a pleasure. Showalter deploys her prodigious research and narrative skills, acerbic wit, and feminist commitments to reveal the entwining of Howe’s public and private lives, as she righteously battled her husband and society, and finally saw the glory she always believed she deserved.”
— The Boston Globe

“Howe becomes far more than a woman who happened to author a landmark anthem. She emerges as a woman readers will know intimately, and admire for her resoluteness as an early feminist. . . . Showalter masterfully fits it all together – the domestic drama of her “civil wars” with her husband; her complex relationships with her children; her role as an abolitionist, and advocate for women’s rights; her travels in the US and Europe, and, of course, her achievements as a poet. Settle in for an absorbing story. . . . [a] powerful biography.”
— Christian Science Monitor

“Fresh, delightfully rendered and revealing . . . [an] engaging portrait of a marriage, a society and one woman’s struggle for emancipation.”
— Austin American Statesman

Elaine Showalter, Emeritus Professor of English at Princeton University, combines scholarly expertise in English and American literature with a passion for a wide range of cultural subjects. She has written ten books, most recently The Civil Wars of Julia Ward Howe: A Biography and A Jury of Her Peers: American Women Writers from Anne Bradstreet to Annie Proulx, which was awarded the Truman Capote Prize for Literary Criticism. Her writing has appeared in the Times Literary Supplement, People, and Vogue.
Loading...
or
Not Currently Available for Direct Purchase