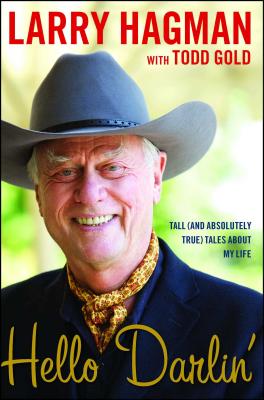 Tall (and Absolutely True) Tales About My Life

On November 21, 1980, over 350 million people worldwide tuned in to find out: Who shot J.R.? In portraying the scheming, ruthless J.R. in Dallas during its run from 1978 to 1991, Larry Hagman reached a level of fame and recognition that is rare, if not unique. Now the man behind J.R. tells his own story in an autobiography that is at once rowdy and moving, self-searching and scandalous, juicy and a "recovery story" — and often outrageously funny.

Though Larry Hagman is best known for his starring roles in two hugely successful television series, I Dream of Jeannie and Dallas, his life has been a star act from birth. Born into the theatrical purple as the son of the legendary Mary Martin, Larry Hagman received his first exposure to the heady world of show business through Broadway's most beloved leading lady. Following a stint in a soap opera, he got his big break with I Dream of Jeannie, and from that came instant fame and celebrity, from which he never looked back.

It was as J.R., however, in the phenomenally successful series Dallas (the second longest-running TV drama in history), that Hagman earned his greatest fame. Taking the reader behind the scenes, he shares many stories of ego clashes, off-screen relationships, and flamboyant behavior during his work on that series—and the pain he experienced as drugs and alcohol began to take their toll. The greatest drama in Larry Hagman's life came when he was diagnosed with cirrhosis of the liver and entered into a race against time to find a liver donor.

Dishy, witty, frank, and unsparing of Larry Hagman himself and of others, Hello Darlin'! is, like its author, destined for international fame—a rare memoir by a show-business celebrity that not only makes us laugh, applaud, and cry, but also leaves us with respect and admiration for a man who can not only tell a good story about others, but reveal something of himself.

Larry Hagman is an actor best known for his roles in I Dream of Jeannie and the hit series Dallas. He lives in Ouji, California. Hello Darlin’ is his first book.

Todd Gold has collaborated on numerous memoirs, including the bestselling Ann-Margret: My Story, Little Girl Lost (Drew Barrymore), and And the Beat Goes On (Sonny Bono).